Why Indie Pop Artists are the Future of the Music Industry 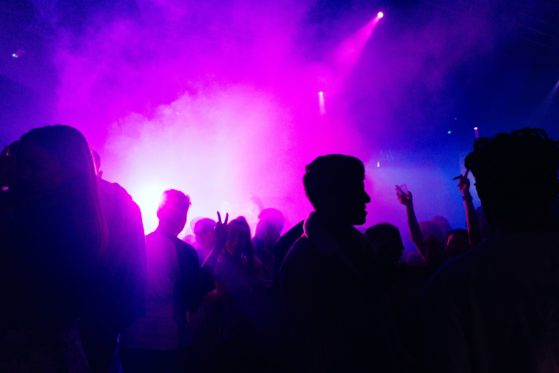 When someone mentions the word “Indie Pop Artists”, chances are the common person will just shrug his or her shoulder in apparent obliviousness to the term.

Most often, they only know of their more prevalent counterpart, the Pop Artist. This refers to world-famous celebrities with a luxurious lifestyle and a calendar full of concerts and tours.

However, well-grounded folks know that there are still those who attempt to make a name for themselves through their music on their own efforts. These people belong to a special group of “Indies.”

The term indie is short for independent. These are artists who do not rely on any label to produce and sell their music. They include street performers and those who offer their talents in local bars and shows.

Usually, established Pop Artists started out as Indie Artists before they were discovered or scouted by Music Labels. It is similar to movie actors or athletes in a way. And most often than not, Artists are aiming for that to happen and would sign a contract with a label without any second thoughts if the chance arrives.

But that was before.

Independent Artists currently claims almost 40% of the market of the Music Industry worldwide.

So what are the driving forces behind this and what are its implications to the future of music?

One of the main reasons for this shift is the rise of technological advancements that allow artists to produce and share their work throughout the whole world. This means that they can make music at their own pace and abide by their original style.

According to a survey conducted by MIdiA, 83% of independent artists claim that it is of paramount importance for them to have complete control over their music. In contrast, only 74% of label artist

In relation to this, artists now also have access to a wide array of tools and programs that were only available in actual Recording studios of the past. A musician can practically have his or her own studio at his or her own house, with some needing nothing more than a laptop and a couple of peripherals.

Another significant factor to this paradigm shift is the feasibility of earning a living. This is usually associated with a platform and an audience.

With Social Medias–like Facebook, Instagram, Tiktok, and Youtube–moving to monetize their content, they successfully provide an earning platform for artists. The possibility of earning money lying at the tips of each person’s fingers, nothing can stop a talented and hard-working artist to exploit it.

It also helps that Spotify and SoundCloud both compensate artists for their work as long as somebody is listening.

Social Media also helps artists in keeping in touch with their fans and allows them to create and maintain communities that can easily be reached. This way, artists can cater to requests and delve in a bottomless pit of ideas about what works and what do not, and in turn apply it on their work.

Additionally, the advent of social media and other platforms means that Indie Pop Artists can crunch out their music in a faster pace than ever before. And this even applies to labelled artists, as well.

Before, in the 80’s and in the 90’s, the standard timeline of signed artists revolved around releasing an album and touring on it for about two years. This model is known as the “Two-Year Album Cycle” and is seemingly designed to maximize impact, and hence the profit.

However, in todays, fast-paced and highly-advanced culture, many artists have deviated from the said model in favor of a constant stream of singles, back-to-back albums, and a new format called “playlist”. These, especially the latter, is made possible by a multitude of easily-accessible platforms online.

Finally, it is also worth considering that younger musicians are not well-acquainted to the concept of managers who are tasked with helping them towards success. However, they did saw YouTubers and other influencers who made plenty of cash by marketing their own products.

This isn’t to say that music management is bad; they still are relevant and helpful nowadays but the line of thinking is a lot freer today and other options are more available than before

For example, a lot of artists, as we have mentioned earlier in the article, prefers more control over their music. In connection to that, Indie Pop Artists believe that short-term contracts in contrast to lengthy deals, give them just what they want while empowering themselves and other artists to be in command of their own work.

So will this trend continue? Yes, it is highly probable; citing the reasons above. As long as Indie Pop Artists continue to be unique, unclassified, and boundless, they will have their fans and supporters and they will certainly become the future.