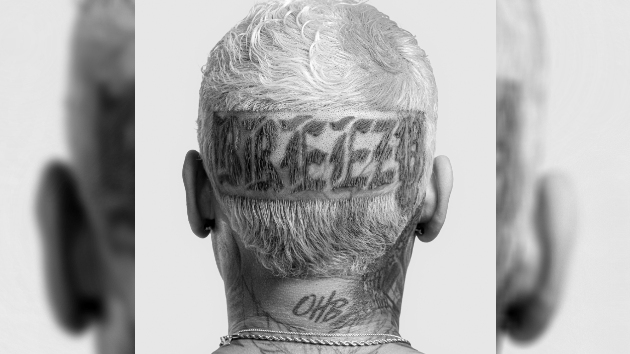 Since the announcement of the project, Chris Brown recorded hundreds of tracks for the project before narrowing it down to the final 24. “I be having so many songs. I think for this actual project, I had almost 250 songs,” he said. “I was like, ‘Yeah, we gotta scale it down and figure out what we gonna do. … Too many of the songs sound in the same frequency. It’s like a show. You got the beginning, the climax, and then the end. But I still want to give my audience at least two or three of the same and not release a whole album where every song sounds the same.” He told Big Boy.

Chris Brown Talking About The Lack Of Support for the project.

10 days after releasing his album, Chris Brown took to an Instagram story to express his frustration with the lack of media support for his tenth studio album.

Despite the album hitting number three on the Billboard 200 and debuting with 73,125 sales, it was low for Chris’ standards.

Brown was looking for more motivation and support from the media that was looking after him all the time. “Chris Brown gets in trouble, the whole world is on it. Chris drops an album, crickets,” he said.

As for the negative stories, Chris Brown may be referring to the rape allegations against him, which he has denied.

The extended version of the album where Chris adds 9 unexplored tracks, featuring guest appearances from Anderson. Paak who was featured in “Inner Peace” and Davido in Nobody Has To Know” Stream it below.

On July 8, Chris Brown released Breezy (Deluxe), done with nine extra cuts and collaborations with Anderson. Paak and Davido on “Inner Peace” and “Nobody Has To Know,” respectively. One particular standout, the Paul Momberger-produced “Hit My Line,” is about the Virginia star‘s intentions with a girl who’s already taken.

Meanwhile Chris Brown is preparing for a tour with Lil Baby.

On July 15, Brown will start his co-headlining One of Them One’s Tour with Lil Baby which was recently announced as a supporting act on the 27-city tour. They will perform in different states and major cities across North America, from Philadelphia, Washington, D.C., Toronto, New York City, and Atlanta, to Los Angeles.